One man's journey to permanent housing

David Voight first arrived in Humboldt County in 1984 after moving from Santa Rosa to the Garberville area. Like many, he was attracted here by the natural beauty of the California Redwoods and our amazing coastline, as well as by stories of great steelhead fishing. He brought with him his dream of becoming a published author, writing a graphic novel in the style of HP Lovecraft and Lewis Carol. But as he struggled with creating roots in any one place, he also found it difficult to make his dream come true.

Shortly after exploring our region while living in a motel, he soon exhausted his funds. He found it challenging to find work that was long-lasting, which in turn created a life of moving from place to place, often landing in transitional housing and clean and sober houses. During his youth he’d live in various areas of California and Nevada, but he always was drawn to the coastline.

Fast forward over twenty years, this now grey-haired veteran of the United States Airforce again returned to the land he loved - Humboldt! But at 70 years old, he found communal living very challenging, especially when many living in these situations struggle with substance use disorder and behavioral problems.

“My biggest barrier to permanent housing was my fixed limited income provided by VA benefits and Social Security ($1,160/mo), along with not having a permanent address which creates difficulties in finding employment,” explained Voight.

But once again, the affordable clean and sober house was his best opportunity to stay off the streets and where he found himself.

During his time in Eureka, Mr. Voight became a regular at St. Vincent de Paul’s Free Dining Facility, where he met our caregiver Brian Olson, coordinator of the Eureka Community Resource Center.

“I was always impressed with his calm and thoughtful nature,” says Olson.  “At the time, I had a drop-in art session that Mr. Voight slowly integrated into, and I quickly recognized his gifts and passion as an artist. Mr. Voight soon became a regular attendee and eventually was given a stipend for his leadership in the group.”

But when COVID 19 hit our area, the art group shut down and the lunches at the St. Vincent de Paul facility were limited to outside dining only. Mr. Olson’s interactions with Mr. Voight became more limited, but still always pleasant. Mr. Voight seemed to like to check in with Mr. Olson on occasion just to let him know how he was doing and to express how he missed the art group. But eventually, Mr. Voight decided to go visit family in Texas and ride out the pandemic there. But once things settled down, Humboldt County once again called him to return.

When Mr. Olson became involved in the Providence Mother Bernard House Shelter Project, Mr. Voight was one of the first choices that came to his mind. 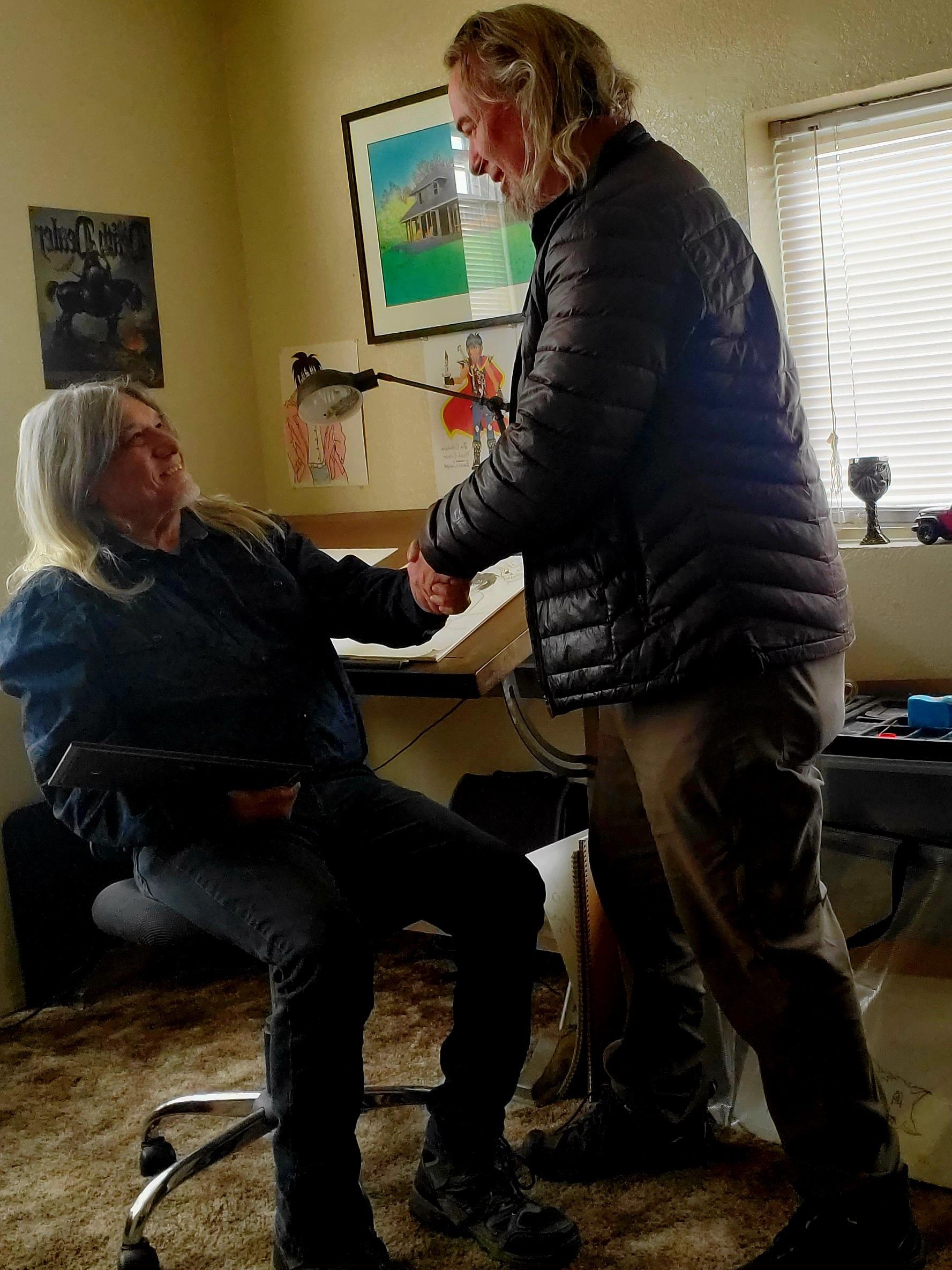 “We were looking to shelter those who were chronically homeless and vulnerable, and Mr. Voight met our criteria”, explained Olson. “The shelter provided him the support he needed for him to work on personal goals, such as improving his health, searching for employment and securing permanent housing.”  Soon, Mr. Voight was working a temp job at Pacific Choice Seafood and able to save funds for a deposit.

December 7 marks one year of Mr. Voight being in permanent housing. A true success story of one man’s journey to secure a place to call home here in Eureka, after overcoming many obstacles. Mr. Voight’s eyes lit up as he stated, “since I’ve been in permanent housing, my family has visited me for the first time while living in Humboldt, and I’m making real progress toward my goal of completing my graphic novel.” Mr. Voight went on to say, “I have a great deal of gratitude for the Providence Mother Bernard House Shelter Project and their staff for helping me get to my current housing status.”

The Providence Mother Bernard House Shelter Project is a unique collaboration here in Humboldt between Providence Supportive Housing (based out of Seattle) and our Providence Care Network Program here at St. Joseph Hospital. Currently operating as a temporary shelter, the project is in the process of being transformed into permanent supportive housing, at the location of the old Humboldt Inn on the corner of 4th and M. Streets. Another stellar example of caregivers easing the way of those we serve. 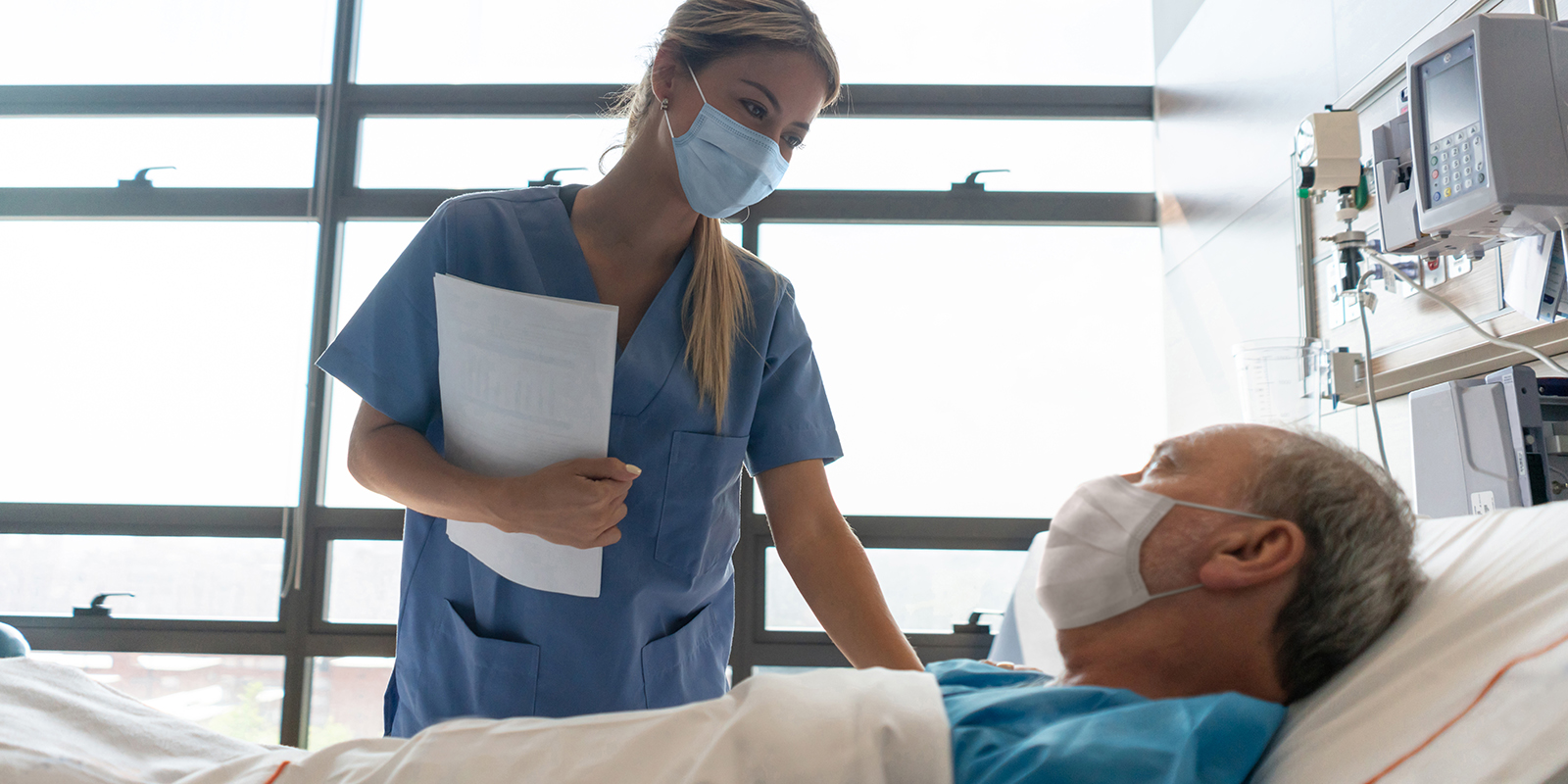 New research evaluates the safety of transplants from organ donors that tested positive for SARS-CoV-2
Evidence outlined in a new research publication co-authored by Dr. Jason Goldman of Providence Swedish could help respond to the shortage of donated organs during COVID-19. 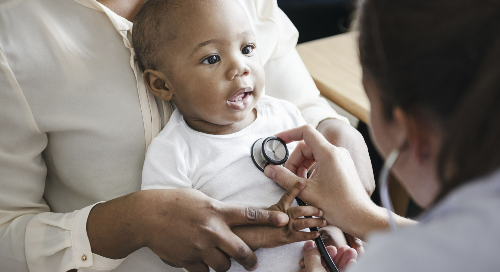 RSV, Flu & COVID. What you need to know
Learn to identify the differences between RSV, influenza, and COVID-19, and when to treat at home or get medical help.